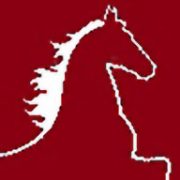 At a distance of about 160 km from the Canadian coast you can find a small and especially mysterious island: Sable Island. An island covered with nothing but nature – and the habitat for a very special population of wild horses.

Enclosed of fog, far away from the Canadian coast and the Canadian province Nova Scotia and in the middle of the main sea way one can find the small Sable Island. On its size of 42 km length and 1,5 km width there is nothing but sand dunes, beach, green meadows, heath and some ponds. A place of indigenous nature which appears quite inconsiderable. But this island is very popular – many sailors and especially horse experts know this place.

It is dubious if this island has a bane to deal with. But undoubtful this island does have a mysterious athmosphere: many days of the year Sable Island is enclosed from fog and just lays in the middle of water. Its geographical position is in the main sea way and for hundreds of years it was very difficult and a great danger to pass this lonesome island. Indeed, more than 10 000 people left their life on this island so that it is still called the “cemetery for ships”.

Today Sable Island is well known by nature scientists and weather experts – but additionally many people are interested in Sable Island because of the wild horses. People still tell the old legend that says that the horses stand for the rebirths of the dead sailors who left their life on Sable Island.

Until today there is no proof about when and how the horses reached Sable Island. Undoubtfully they descend from domestic horses who came to the Island in the late 1700s. The horses became wild and crossed with other horses which came in the 1800s and early 1900s but nobody can really say from which specie. Today we surely know, that the bishop of Boston tried to settle down on Sable Island in 1738 and due to this he brought cattle and horses with him. His efforts failed: the cattle were stolen by the fisher and the horses ran away – and became the Sable Island wild horses.

According to this until today nobody can define the origin of the horses. Nevertheless clearly they descend from domestic horses what makes a difference to other “real” wild horses like for example the Przewalkski Horse in Mongolia.

General living condition and way of life of the Sable Pony

The population of the Sable Ponies is the smallest wild horse population in the world. Generally there are 200-350 members of the horses and due to the bounded habitat this number cannot increase. Even if there are a lot of foggy days due to the gulf stream Sable Island offers a moderate climate. The great variety of the landscape with its sand dunes, green and wide meadows and ponds provide enough space for individual loneliness as well as sufficient possibility for nourishment. The horses share their habitat with five inhabitants who live on Sable Island all year long (number from 2008). These inhabitants work for the local weather station and do not influence the horses so that they can live an entire self-determined life. This fact makes them differ from other wildhorse populations like the Dülmener Wildhorses in Germany. Every year young stallions become seperated from their herds and can be adopted by humans. This guarantees a regulation of the herds size but simultaneously interferes into the natural regulation of the horses. Since 1961 the Sable Island Wildhorses are protected by the Canadian gouvernment by law. Additionally the access to the Island is very limited and mostly only for groups of natural research or weather experts. Due to all this facts the Sable Ponies have the unique possibility to live a wild and natural life without any intervention of humans.

The wild horses live in small herds existing of 2-10 members. The herds can exist of stallions or family members. In generall social relations between the horses are very important for each individual so that in opposite to our domestic horses we will not find any loners. The horses propagate on natural way and give birth to their foals in the time between mai and june. Just one hour after birth the foals are able to stand up and begin to nurse. This milk has important substances like antibodies and proteins which let the foals become strong and healthy for their tough life in wilderness.

Character traits and exterior of the Sable Pony

The Sable Ponies have learnt to adopt to the hard living conditions of the wildness and of the island. Due to their modesty, robustness and dependability they are great horses for carriage or family riding. Additionally they are sure-footed and tough – character traits which are absolutely necessary for a life in wilderness.

Sable Island Wild Horses are ponies so that they only reach a hands high of 132-145 cm. The big head appears bulky on the short and very muscular neck. You can find all types of coats meaning chestnuts, black or bay horses. Generally for reasons of protection from the cold winds and storms Sable Ponies have a long and thick mane. Their robust exterior becomes completed through their strong limbs and the small but hard hooves.

Future of the Sable Ponies

Since 1962 the wild horses on Sable Island are protected by the Canadian gouvernment by law. 2010 the Canadian minister of environment Jim Prentice and the governor of Nova Scotia John MacDonell have signed a declaration. Due to this they intend that Sable Island becomes a National Park or National Wildlife Area.